Scary news for corals -- from the Ice Age

There is growing scientific concern that corals could retreat from equatorial seas and oceans as the Earth continues to warm, a team of international marine researchers warned today.

Working on clues in the fossil coral record from the last major episode of global warming, the period between the last two ice ages about 125,000 years ago, the researchers found evidence of a sharp decline in coral diversity near the equator.

"When the climate warmed rapidly during the Last Interglacial, coral species diversity was much lower close to the Equator than at higher latitudes," says Professor John Pandolfi of CoECRS and The University of Queensland.

"It appears that during this period the number of coral species present in equatorial oceans was only 50-60% of the diversity found further away from the equator, and diversity was greatest in the northern hemisphere."

Professor Pandolfi and his German colleagues found that, when sea surface temperatures warmed by about 0.7 of a degree Celsius during the interglacial warm period, it was enough to drive many species of coral out of equatorial waters up to 10 degrees of latitude on either side of the equator.

"Our results suggest that the poleward range expansions of reef corals occurring with intensified global warming today may soon be followed by equatorial range retractions," the team says in their latest paper, published in the Proceedings of the US National Academy of Sciences.

"Earlier work revealed that the corals had marched as far south as Margaret River in Western Australia during the interglacial ? and we wanted to establish what was happening at the 'hot end' of the corals' range," Prof. Pandolfi explains.

"The answer is, increased temperatures resulted in the extirpation of many coral species in equatorial waters, leading to much poorer reef systems."

What concerns the scientists is that the planet has already warmed by 0.7 of a degree since the start of the industrial age ? a similar amount to the last interglacial ? and while the corals have not yet abandoned equatorial waters, modern equatorial diversity is lower compared to adjacent latitudes north and south.

"If this is the case, it has serious implications for the nations of the Coral Triangle, such as Indonesia and the Philippines, where tens of millions of people rely upon the oceans for their livelihoods and food.

"The picture that is forming is one of corals moving back and forth, towards the poles during warm periods, and retracting towards the equator in cooler times, in search of the most favourable water conditions.

"It is going to be important to factor this kind of dynamism into how we manage them in the hot times which we now know lie ahead."

Prof. Pandolfi has devoted many years to studying major fossilised coral reef deposits around the world most of which are now on dry land ? but which grew in the ocean during warmer periods when sea levels were much higher than today.

"Many of these reefs lie 4-6 metres above today's high tide mark, and are a clear indicator of how much the oceans rose during the last interglacial.

"The thought that just 0.7 of a degree of sea surface warming back then caused a 4-6 metre ocean rise is distinctly disturbing ? because that is how much the Earth has already heated in the current warming episode, and the predictions are for a further one degree or more by 2050.

"Corals, we know, have responded quite readily to rising sea levels in the absence of human stressors. The question will be: can humans respond equally well?"

The paper "Equatorial decline of reef corals during the last Pleistocene interglacial" by Wolfgang Kiessling, Carl Simpson, Brian Beck, Heike Mewis and John M. Pandolfi appears in the latest issue of the journal Proceedings of the US National Academy of Sciences (PNAS).

Thanks to ARC Centre of Excellence in Coral Reef Studies for this article.

This press release was posted to serve as a topic for discussion. Please comment below. We try our best to only post press releases that are associated with peer reviewed scientific literature. Critical discussions of the research are appreciated. If you need help finding a link to the original article, please contact us on twitter or via e-mail.

This press release has been viewed 22 time(s). 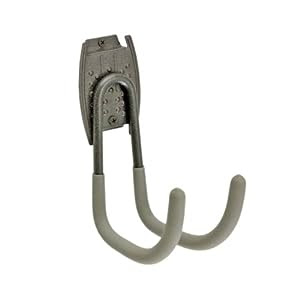 Sorry, Readability was unable to parse this page for content.

After announcing it would start selling its Surface RT at third-party retailers in the US and Australia, we figured it was only a matter of time before Microsoft would extend this offer over to the UK (among other places, of course). Well, according to Pocket-lint, retailer John Lewis has confirmed to the site that it will indeed commence stocking both its virtual and physical shelves with Microsoft's 10.1-inch tablet, with the 32GB plus Black Touch Keyboard bundle set to be priced at £479, or £559 for the more spacious 64GB model. John Lewis says the Surface RT will be up for grabs tomorrow, December 14th, on its website, while brick-and-mortar stores should have them in stock starting this weekend.

MINERSVILLE ? Horrifying! That?s how some neighbors describe the conditions that police found inside a home in Schuylkill County.

The woman who lived there is accused of cruelty to animals.

?There was feces all over the floor, all over the house it was a complete garbage sty. Trash piled up,? said Chief Combs.

?Anger, you get angry because here is a helpless animal, here there are three animals, two dogs and a cat, and these animals are victims,? explained Chief Combs.

Authorities said April Beckford is the animal abuser. She?s been cited for cruelty.? We talked with Beckford on the phone. She would only say that she will pay whatever fine she is hit with.

?I intend to contact our legislators. I would like to see that penalty increased right now a first offense is a summary offense. It?s a traffic ticket, it`s going to be a fine,? said Combs.

Neighbors were horrified by what police found. Peggy Mayhue lives next door to the home.

?Sometime you could hear the dog crying at night, it?s a sad story. As a neighbor it was horrible how she was treating her animals yeah.? said Mayhue.

?It?s cruel, it?s downright cruel that she went and got two dogs that didn?t ask to be put in a situation like that,? said Paolella.

The conditions were discovered in November, and since then one of the dogs has been adopted. The other dog and the cat will soon be available from the Hillside S.P.C.A. near Pottsville.